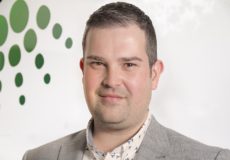 A rare DVLA number plate ‘TAX 1’ is expected to fetch up to £100,000 when it is auctioned on 22 February 2018. But, GoCompare car insurance is urging drivers thinking about buying a personalised plate to consider the insurance implications.

The plate, which may appeal to tax experts or taxi firms, is likely to be one of the most expensive ever sold.  And while a registration plate costing tens of thousands of pounds will be beyond most people’s finances, personal plates are growing in popularity.

Personalised registration numbers from the DVLA start at £250 and, in 2016-17 the DVLA reportedly sold 374,968 personalised plates.

But, GoCompare car insurance is warning drivers thinking about buying a personalised plate that if their vehicle is stolen or written off, the private plate may be at risk.

GoCompare car insurance analysed 302* comprehensive car insurance policies which revealed only 19 specifically cover the loss of a personalised plate, if the car was lost or stolen.   Of those providing cover, the sum insured varied widely from £200 to unlimited, 16 insurers cover a financial loss of £5,000 or more.

If a car with a personalised plate is stolen and not recovered, its owner will have to wait 12 months to get the number plate back. To reclaim the personalised plate, they will also have to prove that the car had a valid MOT and tax at the time of theft.

Similarly, motorists who’ve had a car with a personalised number plate written-off have to arrange for the number to be transferred to another vehicle or retained on a certificate in sufficient time before the claim is settled.  Registration numbers move with the vehicle they are assigned to, not the person who bought it.  So, if the vehicle is written off and the car scrapped – the number plate can disappear with it.

The policyholder will need to contact the DVLA and their insurer to let them know that they want to keep the plate.  The insurer will then write a letter of non-interest and send it to the DVLA. The registered keeper will have to pay a retention fee to keep the plate if they don’t have another vehicle to transfer it to.

Matt Oliver from GoCompare Car Insurance commented: “In recent years personalised number plates have become increasingly popular with drivers of new and second-hand cars.  According to the DVLA, plates that spell out names are the most popular choice followed by those which represent a business – which explains the eye-wateringly high price attached to ‘TAX 1’.

“When you register a personalised plate to a vehicle you need to tell your insurer immediately, otherwise your policy could be invalidated and, particularly if you’ve paid a lot for a registration number, you should consider whether it’s properly insured.

“A registration number is attached to the vehicle it is assigned to, not the person who purchased it.  So, if you want to retain ownership of a cherished number plate you need to make sure your insurer knows, in the event of the car being stolen or written-off, you want to keep it.”

GoCompare does not charge people to use its services, and it does not accept advertising or sponsored listings, so all product comparisons are unbiased. Gocompare makes its money through fees paid by the providers of products that appear on its various comparison services when a customer buys through the site.