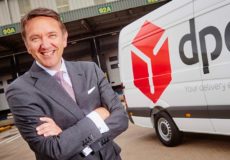 Leading parcel delivery firm DPD has announced plans to deliver to 25 of the largest towns and cities in the UK with zero and low-emission delivery means by 2025.

The move is part of a Europe-wide drive by DPDgroup involving 225 urban areas in 20 countries and is based on a delivery model trialled in many cities, including London.  DPD has re-thought the way it operates last mile delivery by implementing micro and urban depots as well as other appropriate alternative delivery solutions.

The programme announced today represents the acceleration of a pan-European ambition based on the know-how and expertise gained from the first cities where these initiatives were implemented.  In total, it will mean more than 260 million parcels or 17% of the Group’s volumes delivered by zero or low-emission vehicles by the end of 2025, with CO2 emissions decreasing by 89% and pollutants by 80%, compared to 2020 in the targeted towns and cities.

To achieve the ambition of 225 green cities, DPDgroup will deploy 7,000 new alternative vehicles, 3,600 charging points and 80 new urban depots across Europe. These initiatives represent an investment of €200 million in total by 2025.

New alternative fleets will be composed of various vehicles, depending on the town or city centre, delivery needs and regulation constraints. In the UK, DPD already has over 700 EVs including MAN eTGE, Nissan eNV-200 and 7.5t Fuso eCanters and has recently announced trials with LEVC and Volta Trucks.

Dwain McDonald, DPD’s CEO commented, “This is a hugely significant announcement from DPDgroup and we are very proud to be playing such a key role here.  We’ve led the way on EVs in the UK parcel market, first with our all-electric micro depots in London and then with the scale of our nationwide investment. We already have over 700 EVs in the UK and they are in every depot.  This is the next stage of our plan, to deliver totally green in 25 of the largest towns and cities in the country, drastically reducing our emissions in the places with the highest populations.

“We are very conscious of our responsibility to the planet and its people, and we aim to be the most sustainable delivery company in the UK and Europe. We were among the first to put our hands up and acknowledge our part in climate change issues and since then we have put our hand in our pocket and started investing in the solution!

“We know from what we have done in central London that this model works, and we know that shippers and shoppers both love seeing parcels delivered green.  So, we have made significant progress already. It is great now to be able to share our longer-term vision and we look forward to turning these 25 towns and cities green.”

In April 2015, DPD was awarded the Queen’s Award for Enterprise 2015 in the Innovation category, for its unique one-hour delivery service, Predict.

DPD is a member of DPD group, one of Europe’s leading parcels groups, wholly owned by France’s La Poste, the second largest postal group in Europe.

The company operates more than 10,000 vehicles from 84 locations and delivers over 260 million parcels a year.