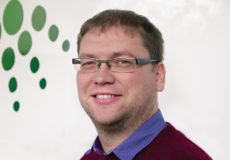 ﻿Car insurance: The most switched financial product of the decade

In the last decade, 8 out of 10 Brits saved money by switching at least one financial services product, according to the annual GoCompare Switching Report.

However, almost two fifths didn’t change provider for any products in the last 12 months and GoCompare is calling for the insurance renewal process to be reformed to protect consumers and help promote the benefits of switching for the next 10 years.

The Decade of Switching

To mark the start of the new decade, GoCompare looked at the Nation’s switching habits in the last 10 years.  Car insurance was the most switched product, followed by energy, home insurance and mobile phones.  57% of participants said they were now more likely to switch providers to get a better deal than they were 10 years ago.

While the majority (79%) of people have changed providers for at least one of the most common financial products and services, 21% admitted to not switching any.  Over the last decade men were more tuned-on to switching and saving than women, 82% of men changed financial providers compared with only 76% of women.

Protecting switchers for the next 10 years

GoCompare is campaigning for urgent action to be taken on insurance renewals to reduce the impact of so-called loyalty penalties which could be affecting millions of insurance customers, while trying to promote greater transparency and remove the barriers to switching.

As part of the campaigning, the comparison website is also calling for the cooling-off period for auto-renewals to be doubled to 28-days, for insurers to do more to help customers understand their options at renewal and to provider clearer information on the price of cover.  It is also recommending limiting or banning cancellation fees for customers who switch during the extended cooling-off period.

Commenting on the Report’s findings, Lee Griffin, CEO and one of the founders of GoCompare said, “The rise of switching continues!  The 2010s really were the ‘Decade of Switching’ thanks to comparison sites, faster switching and greater intervention. As a result, consumers are now much more likely to change provider to get a better deal than they were a decade ago.

“Looking forward, we expect switching activity will continue to rise – partly due to the general economic uncertainty which continues around Brexit and potential price rises, and partly as a result of further regulatory moves to increase transparency and switching confidence.

“We’ve got a huge opportunity now to improve things for the next generation of switchers.  The spotlight is well and truly on rip-off loyalty pricing tactics, which result in millions of existing customers paying more than new ones for the same cover.  We think reforming the renewal process is the quickest way to improve things significantly for insurance customers.”

GoCompare’s five-point plan for getting the best deal on financial products and household bills:

2.         NEVER accept an insurance renewal without checking if you could get a better deal;

1On 20 December 2019, Bilendi conducted an online survey among 2,000 randomly selected British adults who are Maximiles UK panelists.  The margin of error-which measures sampling variability-is +/- 2.2%. The results have been statistically weighted according to the most current education, age, gender and regional data to ensure samples representative of the entire adult population of United Kingdom. Discrepancies in or between totals are due to rounding.

22010 research commissioned by GoCompare carried out with 3,000 UK adults in August 2010 by OnePoll Research.

3On 5 January 2016, Bilendi conducted an online survey among 2001 randomly selected British adults who are Maximiles UK panelists.  The margin of error-which measures sampling variability-is +/- 2.2%. The results have been statistically weighted according to the most current education, age, gender and regional data to ensure samples representative of the entire adult population of United Kingdom. Discrepancies in or between totals are due to rounding.